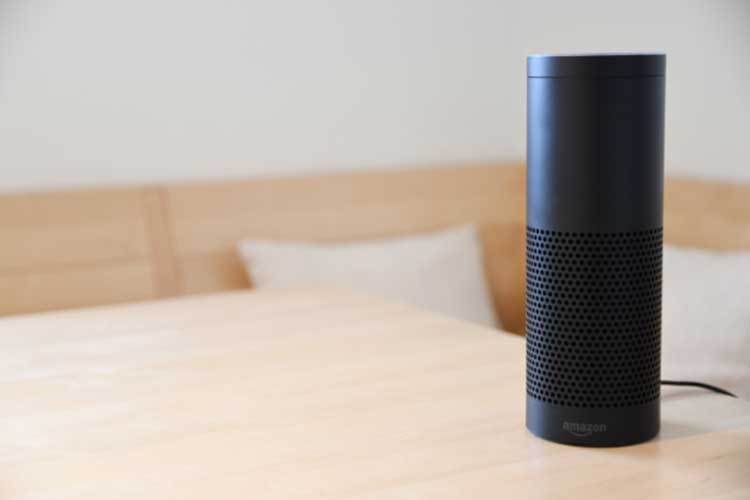 AI Assistants, Smart Hubs, Digital Assistants, Smart Speakers, whatever you want to call them, they’re coming into homes quicker than ever. But how will this impact our lives, and what are, if any, the risks to your privacy and security?

The forecasted growth of Smart Hub ownership in the US is staggering. In 2016 Smart Hubs sat in just 7% of households, but Gartner predicts that by 2020 that figure will reach 75%, a total of 138 Million devices. YouGov’s Smart speaker report mirrored this Gartner’s findings, indicating that the number of Smart Hub owners in the UK doubled between Q3 2017 and Q1 2018. We’re looking at a very near future in which not owning a smart hub will put you in a minority, a fact that many people find disconcerting.

Fear of new technology is as old as technology itself. Socrates decreed that “Writing is a step backward for truth.”, arguing that the invention of writing produces forgetfulness. Radio pioneer Guglielmo Marconi famously pondered “Have I done the world good, or have I added a menace?” Whether or not these fears were justified or not, technologies like Amazon’s echo and Apple’s Siri present a much more creepy, unnerving set of fears. Privacy concerns are central to the controversy surrounding smart hubs.

A patent filed in 2018 by Amazon details the idea of ‘voice sniffing’ technology. Such software would allow Smart Hubs to eavesdrop on conversations, picking out keywords, and sentiment in order to direct ads based on what a user has verbally mentioned. Although Amazon state that this software does not currently operate on Alexa, there is some, mainly anecdotal, evidence,   that audio targeted ads have been appearing on smart devices, including phones, already. Whether true or not, there are no shortage of conspiracies surrounding Smart Hubs. From the FBI being able to access your Smart Hub, to the strange laughs that Alexa would inexplicably produce in the middle of the night. What people fail to realise when they theorise about Smart Hubs is that any privacy issue with smart hub technology is already present in our smartphones. If a boogie man exists, it was let in about 11 years ago, and has been sitting in our pockets ever since.

Smartphones contain cameras, microphones, voice recognition, internet connectivity, collate and save our personal information, but they’re not just in our homes, they’re on our persons every hour of the day, and sit next to us on our bedside tables while we sleep. So what is it about Smart Hubs that puts consumers on edge? Phones have flown under our radars for a long time due to the nature of their origin. The house phone became the mobile phone became the smartphone. Phones have been in our lives for a long time, and all phone technology which poses some kind of security risk has been introduced gradually, and incrementally. Smart Hubs on the other hand are new. They herald a future of AI assistance and inescapable connectivity. Packaging many of the same systems that a smartphone possesses, but under anthropomorphised names such as Alexa and Ciri, plugging into a history of evil or murderous AI that exists in fiction and media. They represent, in the zeitgeist, the beginning of a sinister future, so it’s no wonder that consumers have started to think hard about just what these technologies mean for human kind.

In their current state, Smart Hubs offer no greater infringement on our privacy than Smartphones and other pre-existing devices. In the future, however, this could change. As regulations around Smart Devices shift, it is a certainty that companies will take advantage of any opportunities to gather and harness data.