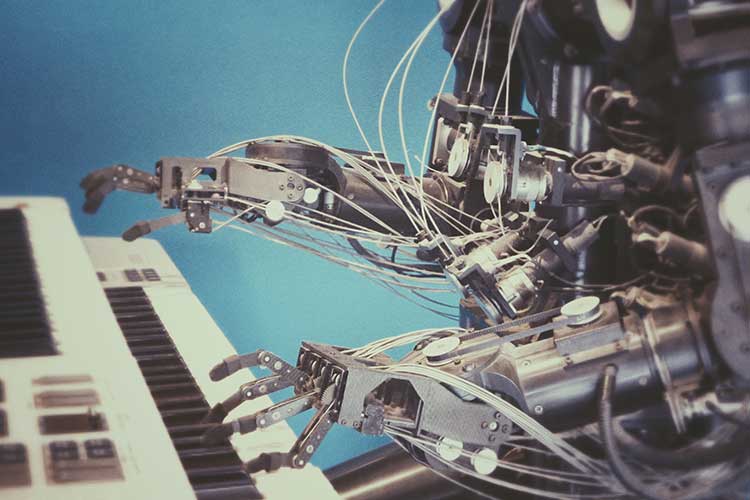 In Our Nature: The Rise Of Natural Language Generation

“How can she make a song written by a machine sound so beautiful?”-

George Orwell had a considerable record for prescience. This question posed in his novel 1984 acknowledges the potential of machine intelligence. Orwell imagined computer systems being employed in roles that are normally reserved for some of the most developed and nuanced elements of human creative ability. The book was written in 1949 when modern computing was still in its infancy. The rapid development of the generative capacities of computers in recent years seeming almost like a historical inevitability from this point of view. The recent rise in NLG (Natural Language Generation) is a long-theorized, highly-anticipated revolution. It is increasingly also a big-money industry.

Looking back again at 1949, we find that around half of the world’s population was illiterate. This figure now stands at around 13%. This represents not just improving educational standards worldwide, but an ever-expanding marketplace for text-based content. In the age of printed media, monolithic journalistic institutions and publishing houses dominated this marketplace, owning and controlling access to the distribution of media.

Humans are generally inquisitive, creative beings – computers not so much. Naturally the first tasks we’ve train our bots to do are those which  which require little to no critical analysis. This means jobs focused on the recording of facts that can be represented as statistics are particularly suitable. In 2017 The Washington Post revealed that they had been able to increase their coverage of high school football tournaments.

To do this, they applied their in-house NLG system, ‘Heliograph’. Over the course of a season they were able to publish 500 articles with only oversight by human journalists. As a result, not only did they deliver a more thorough service for football fans, but journalists’ time was no longer being wasted on tasks more easily achieved by their robotic counterparts. This has the effect of reducing costs and also allowed their staff to focus on the many other tasks still unsuited to the current state of digital minds.

The ability of AI systems to comprehend and organize content should not be underestimated. In April this year US publisher Springer  released its first machine-generated book. Their system provided the book’s contents, introductions and references automatically. A large number of scholarly articles had to be reduced into succinct summaries.

These examples represent just a small sample of the many ways AI is making its presence known in the world of content. One of the key aspects of the functionality of machine-learning which makes it such a powerful source of change is the ‘feed-back loop’ nature of its operation. Systems that learn from themselves more and more efficiently can result in and upwards trend in which large improvements can be made over a relatively short period of time. As Natural Language Generation becomes more ubiquitous, more and more data can be generated for its further improvement – this feedback loop is an essential asset in the field’s development. Two areas in which NLG is already commonplace are chatbot applications and email auto-completion. Already the lines between human and computer generated content are beginning to blur.

Keeping Up With The Curve

The real question is, how might this affect your business? If you work with content, it might be wise to start keeping track of developments in the field. For companies who currently deal in large quantities of structured data, a new era may be on the horizon. Interesting, meaningful, shareable content can be easily generated from this untapped resource of information.  The potential marketing applications regarding this data-driven businesses should not be ignored. Conversely, the ability to manipulate unstructured data into valuable insights will be making new techniques open to business analysts. It will be those who best navigate these areas of innovation who will reap the rewards.